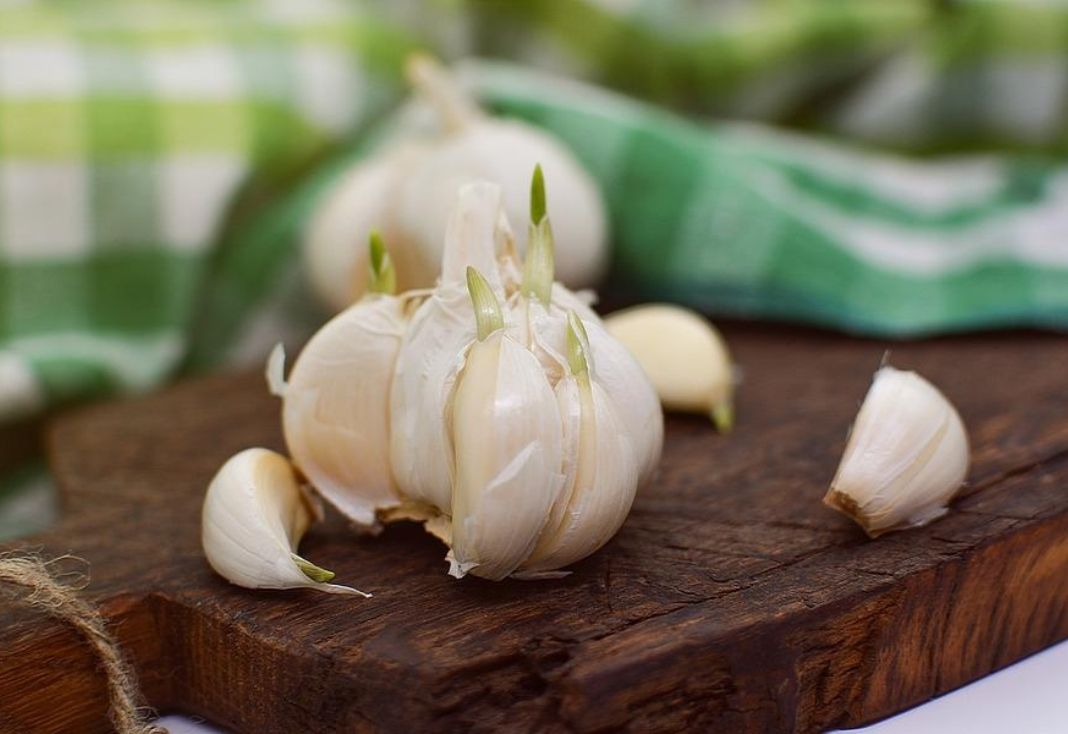 Garlic is one of the most popular spices, being also a powerful antibiotic, but also a cholesterol regulator.

Garlic is a perennial plant, native to Central Asia, being one of the most popular spices for centuries. In fact, it was one of the first human-domesticated cultures for more than 5,000 years. Its medicinal uses date back to antiquity, as stated in medical documents from Babylon and Ancient Egypt, where it is mentioned to be used both as a treatment for wounds or infections, but also as a staple food. Since then, the various branches of traditional medicine and numerous scientific studies have shown that garlic is an important antibiotic agent, which supports the immune system, being also a regulator of blood pressure.

The medical properties of garlic

Garlic is one of the most used and researched spices. Thousands of studies have been done on garlic and allicin, as well as its effects on the cardiovascular system, infections, respiratory system, blood sugar and more.

Garlic is traditionally used to:

In addition, many recent studies have shown that garlic can have other benefits, such as:

How it works:  Garlic owes most of its medicinal properties to the sulfuric compounds allicin and ajoena. Allicin, an organosulfur compound, is the most beneficial to the body, giving garlic its distinctive aroma and its antibacterial and antifungal action. Ajoena, derived from allicin, has the role of thinning the blood and lowering lipids in the body. Other significant compounds found in garlic would be glycoside, coenzyme Q10, allyl propyl disulfide, diallyl, trisulfide and salilcysteine. Also, nutritionally, garlic has significant amounts of vitamin C, potassium and phosphorus. Allicin is able to completely inhibit RNA synthesis, which effectively prevents the  reproduction of viruses and bacteria. When allicin is combined with ajoena, their common action reduces the lipid content of the arterial walls, causing LDL deposits – or “bad cholesterol” – to be oxidized and eliminated from the body.

ALICIN CAN DESTROY BACTERIAL REPRODUCTION, WHICH CAN BE A NATURAL ALTERNATIVE TO ANTIBIOTICS

Side effects:  Garlic is generally very safe for most people when taken orally; however, it can cause bad breath, but also a burning sensation in the mouth or stomach, gas, nausea, vomiting, sweating and diarrhea. These side effects are often more pronounced if raw garlic is used.

Asthma has been reported in people who work a lot with garlic. You may also experience various allergic reactions.

Precautions:  Garlic may increase the risk of bleeding. People who have bleeding disorders or are taking anticoagulant drugs, as well as those who are about to undergo surgery, should avoid consuming this plant in medicinal doses. Garlic compounds can cause gastrointestinal inflammation in people with irritable bowel syndrome (IBS), so those who follow the FODMAP diet should avoid consuming it in food or supplements.Garlic is generally safe when applied to the skin. Garlic-containing gels, pastes and mouthwashes have been shown to be safe when used for up to three months. However, applying a garlic essential oil to the skin could cause skin irritation in sensitive people.

Similar Hack:  Why you're not losing fat

Garlic is not usually eaten in large quantities; however, it provides a wide range of nutrients that can be successfully added to a healthy diet.

Garlic cloves contain fair amounts of manganese, an important mineral for carbohydrate metabolism, having an essential role in calcium absorption, as well as for adjusting the regulation of blood sugar.

They are also an adequate source of vitamin B6 (pyridoxine), which plays a key role in the development and normal functioning of the brain, while also contributing to the production of serotonin and norepinephrine, two hormones that influence mood, which together with melatonin, helps regulate the body’s biological clock.

This vitamin is also required for the proper absorption of vitamin B12, has an essential role in the production of red blood cells and supports immunity.In addition, garlic provides in smaller quantities, many other nutrients, especially vitamin C (ascorbic acid) and B1 (thiamine), but also minerals such as copper and selenium.

How to eat garlic:  The highest concentration of allicin is found in raw garlic, the basic ingredient in most traditional cuisines around the world. Although its taste and aroma are strong and unpleasant for many, a number of medicinal preparations can be used to dilute the aroma, but also to mask its characteristic aroma.

In its natural form

Similar Hack:  Prepare your iPhone for sale in 3 simple steps

Raw garlic, either whole or pre-cleaned, is easy to find in most grocery stores or local markets around the world. Due to the return of agri-food markets and the transition to a slower approach to meals, but also home cooking, as food philosophies, it is becoming easier to find gourmet varieties of garlic, such as red, purple or other varieties, although their production is mostly a business on a still quite small scale.

Culinary products, such as olive oil with garlic, butter or pickles, especially if they are artisanal, are also relatively easy to find now in most supermarkets, but also in online retailers.

Gardening : Garlic can be an excellent remedy against mosquitoes, but also a basis for making natural pesticides, which are usually mixed with pepper and soap.

Pest control. Garlic is also used to control pests in both pets and pets by rubbing garlic cloves on the animal’s skin.

Fishing. In some regions, garlic is also used as bait for fish, especially bass or trout.