Fitness Make This Easy Healthy Greek Pita For the Week Ahead 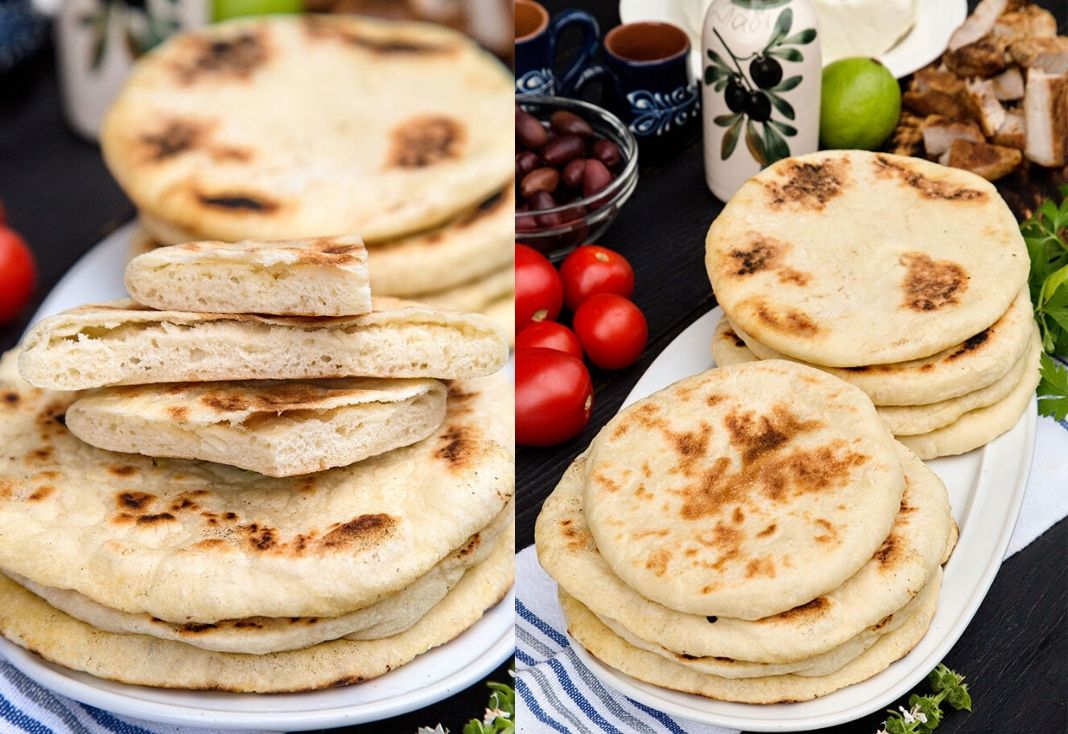 Greek pita is the perfect choice for those who want to prepare at home gyros or souvlaki, salads, appetizers (mezze). Soft and fluffy on the inside, crispy on the outside, Greek pita can successfully replace bread for breakfast. Cut in half, it can be filled with everything you can think of (yesterday’s steak sprinkled with tzatziki sauce, Greek salad, vegetables and tahini sauce, fish) and we have something very good to eat.

Greek recipes are tasty, full of taste and aroma. And they all have the scent of a holiday, sun and sea.

We discovered Greece quite soon, but the cuisine was familiar to us even if we had not arrived in Greek lands. And, the nice part is that we didn’t stop at the first island.

I wanted authenticity, so I arrived on the islands with only 9 inhabitants, another slightly larger with about 49. And, there was another island with only three taverns – no inhabitants. Six islands on the first voyage and seven on the second.

Greek pita was not the same anywhere, neither was Greek beans or eggplant salads.

In each place the local imprint was well defined, but it was always good or very good, whatever we tried.

The continental part is even less known to us, we only visited Athens, but we tried to eat either in the best rated restaurants on TripAdvisor or at the locals. The Greek pita was not the same here either.

To prepare Greek pita, we follow the stages of bread preparation, only the dough will end up fried in a cast iron pan and will form air bubbles.

If you want to see how to make Greek pita, I leave below the list of ingredients and how to prepare it step by step.

Add salt, oil, the rest of the flour and mix until the composition is homogeneous.

Knead the dough for about 4-5 minutes, then let it rise in a bowl sprinkled with a few drops of olive oil. After about an hour, spread the dough by hand, cut it into 8 pieces.

Lightly flatten them by hand, spread them in a circle and fry them over medium-low heat in a pan greased with a little oil for about 2 minutes on each side. We will notice that while frying them they will swell more or less. As long as we fry each pita, the rest of the dough pieces will remain covered with a towel.

They are very tasty, they are easy to prepare, so do not hesitate to try them.

Similar Hack:  Snoring is slowly killing you. Here's how to fix it
You're going to love these!

ABOUT US
9to5hacks is a project started by 3 good friends from Austin, TX and Cambridge, UK, writing about lifestyle improvement, budget hacks and overall happier lives through intelligent tweaking.
Contact us: contact@9to5hacks.com
FOLLOW US
© 2021 - 9to5Hacks