Lifestyle Don’t Miss The Amazing Anti-Viral Benefits of Ginger and How to Consume... 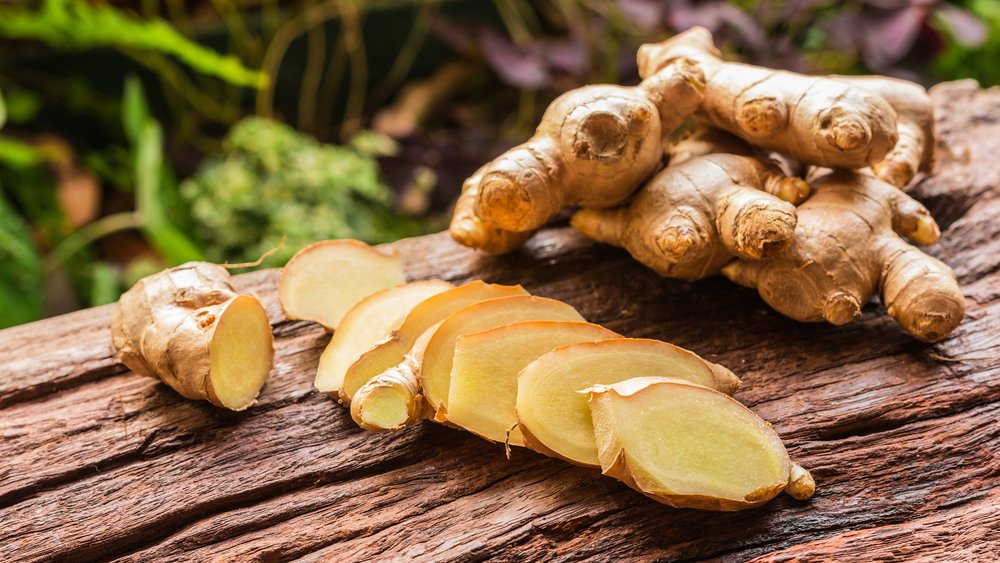 Due to its impressive health effects, it is not surprising that ginger has become a spice used worldwide, especially in weight loss diets. With a slightly spicy taste, ginger root is as fragrant as it is nutritious. Read the article to find out the 10 most important benefits of ginger and how it can be consumed.

The benefits of ginger are mainly due to the high content of antioxidants, anti-inflammatory properties and its therapeutic components, such as gingerol, shogaol, paradol and zingerone.

So what is ginger good for and how can you include it in your daily diet? Available in fresh, dried, ground, capsule or juice form, ginger root is easy to integrate into any diet and can have a significant impact on every aspect of our health. Read the article to find out everything you need to know about ginger, what it is, what it helps and how you can benefit from its amazing effects.

Ginger (Zingiber officinale), is the name given to a herbaceous plant in the tropics. The rhizome (root) of ginger has an irregular, contorted shape, reaching up to 5-6 centimeters in length. Ginger is especially prized in oriental cuisines in India, Malaysia, Nepal, Bangladesh, etc. In the former British colonies, such as Canada, Australia, Jamaica, Kenya, a so-called “ginger beer” is consumed, which is actually a non-alcoholic, soft drink.

It can be found on the market fresh, ground, in the form of ginger capsules or ginger essential oil. So, you have several options at hand by which you can consume it.

The benefits of this plant are well known and appreciated, ginger has been used for thousands of years as a natural remedy, due to its medicinal properties. Ancient Chinese, Roman, Greek, Arabic, and Sanskrit texts mention the use of ginger root to improve health and well-being.

Research by specialists is beginning to shed light on the many benefits of ginger. From fighting infections to lowering cholesterol and losing extra pounds, it is clear that adding ginger root to your daily diet will have a beneficial effect on health.

The nutritional composition of ginger

Ginger contains a diverse range of important vitamins and minerals. It also contains gingerol, a compound with strong antioxidant and anti-inflammatory properties, which have been associated with many unique health benefits.

Similar Hack:  This Cauliflower Pizza Is The Best Thing To Try This Week

In addition to the nutrients listed above, ginger also contains a small amount of calcium, zinc, pantothenic acid, riboflavin and thiamine.

However, most people consume a very small portion of ginger, so it should be combined with a variety of nutrient-rich foods to meet the daily requirement of micronutrients.

Numerous scientific studies have highlighted the healing properties of ginger. Its amazing effects are due to the presence in its composition of compounds with therapeutic valences: gingerol, shogaol, paradol and zingerone.

Here are the top 10 benefits of ginger on our health and well-being:

1. Fight against viruses and infections

Fungal infections can cause a variety of conditions, such as candidiasis or foot fungus. Due to its anti-fungal properties, ginger fights these infections, speeding up healing.

A study conducted in 2016 in Iran on two of the most common types of fungi that usually cause infections, showed that ginger is effective in destroying them.

Ginger tea is also very beneficial in case of viruses, colds and flu, due to its diaphoretic effect (causes sweating) and maintaining body temperature. Also, this tea will help you strengthen your immune system, speeding up healing.

Although inflammation can be a normal and healthy immune system response to wounds and infections, chronic inflammation can contribute to heart disease, obesity, diabetes and cancer. According to the International Journal of Preventive Medicine , due to its anti-inflammatory components (gingerol, shogaol, paradol and zingerone), ginger could inhibit certain inflammatory markers, thus preventing blood clots and reducing the risk of a heart attack.

Due to its ability to reduce inflammation, by adding ginger to your diet you will notice a decrease in muscle and joint pain caused by arthritis. Studies have shown that ginger is effective in relieving muscle fever caused by exercise and knee pain in people with osteoarthritis.

Unfortunately, in women, menstruation is most often associated with symptoms such as muscle aches, menstrual cramps and headaches. Although most people use medications to relieve these symptoms, it is good to know that ginger can have the same effects. A study published in The Journal of Alternative and Complementary Medicine showed that ginger is as effective in reducing menstrual pain as ibuprofen.

Neurodegenerative diseases, such as Alzheimer’s and Parkinson’s, have been associated with oxidative stress and chronic inflammation in the brain. Due to its anti-inflammatory properties, ginger can play an important role in brain health.

Similar Hack:  How to "save" your haircut so you can "load" or use it later

Hyperglycemia can cause a lot of negative effects, from frequent urination and excessive thirst, to headaches and migraines. If left untreated, it can lead to more serious problems. Research shows that we can avoid such problems by using ginger, which helps maintain a normal blood sugar level.

From bile production to hormone production, cholesterol is essential for health. However, high cholesterol levels increase the risk of cardiovascular disease. One of the biggest benefits of ginger is its ability to lower cholesterol and triglycerides naturally.

Over time, people have used ginger as a natural remedy for seasickness and nausea. The results of twelve studies, involving 1,278 pregnant women, showed that ginger is effective in relieving nausea, with minimal side effects. Another study by the University of Rochester Medical Center showed that the effects of ginger include its ability to reduce nausea in patients undergoing chemotherapy.

Another strong benefit of ginger is its ability to support the health of digestion, preventing problems such as: bloating, feeling full, abdominal cramps, heartburn, gastric reflux, etc.

A study published in the World Journal of Gastroenterology showed that ginger administration in patients with indigestion had the effect of increasing the rate of gastric emptying by 25% compared to subjects in a placebo study. Ginger is also indicated in diets, because it stimulates digestion and accelerates weight loss.

Ulcers are painful wounds that form in the lining of the stomach and are manifested by symptoms such as indigestion, fatigue, heartburn and abdominal discomfort.

Several studies have shown that the use of ginger could prevent the formation of stomach ulcers. A 2011 animal study showed that ginger powder protects against ulcer caused by aspirin by blocking the activity of enzymes responsible for ulcer formation.

10. It could inhibit the development of cancer

From the list of benefits of ginger, probably the most impressive are its anti-cancer properties, due to the 6-gingerol component. Some laboratory studies show that the miraculous spice may be effective in blocking the development of cancer cells in ovarian, pancreatic and prostate cancer. However, further research is needed to determine how ginger inhibits the development of cancer and how it can be used to help patients.

Similar Hack:  Be a measurements master WITHOUT a ruler

How can you eat ginger?

Ginger has a unique, strong and peppery aroma, being an easy spice to introduce in a lot of dishes. Ginger root can be sliced ​​or grated and added to juices or smoothies, soups, salads or sweets for both unique taste and health benefits. There are also ginger supplements on the market in the form of capsules or tablets and ginger essential oil , which can be administered orally or on the skin and can be used for inhalation.

The usual recommended doses are:

Ginger tea is probably the easiest and most enjoyable way to benefit from the unique properties of ginger. It is indicated in case of cold, nausea, stomach problems or when you want to get rid of stress and fatigue.

How to store ginger correctly?

To enjoy the ginger roots for as long as possible, put them in a plastic bag in the refrigerator. Thus stored, they should be kept fresh for 3-4 weeks. Ginger root can also be frozen.

In moderate amounts, ginger is safe and does not cause side effects to most people. However, there are cases in which ginger causes stomach discomfort, heartburn and diarrhea. In addition, there are certain people who are allergic to ginger. If you experience allergy-specific symptoms, see a doctor immediately.

When applied to the skin, ginger oil may cause skin irritation in some people. It is advisable to do a test on a small portion of skin beforehand, to make sure that your skin is not sensitive to ginger.

If you take ginger capsules, always start with a small dose and increase it along the way. Always stay at the recommended dose and limit consumption if you have any negative symptoms.

Therefore, ginger is not only a fragrant and very popular spice, but also a natural remedy with many benefits for our health. Therefore, the more often you consume it, the more you will be able to enjoy its therapeutic effects. Use it in your dishes, drink ginger teas or inhale with ginger essential oil when you have a cold.

* This material is for informational purposes only and does and should not replace medical advice.