Fitness Açai: The Superfood You’re Not Eating But You Definitely Should 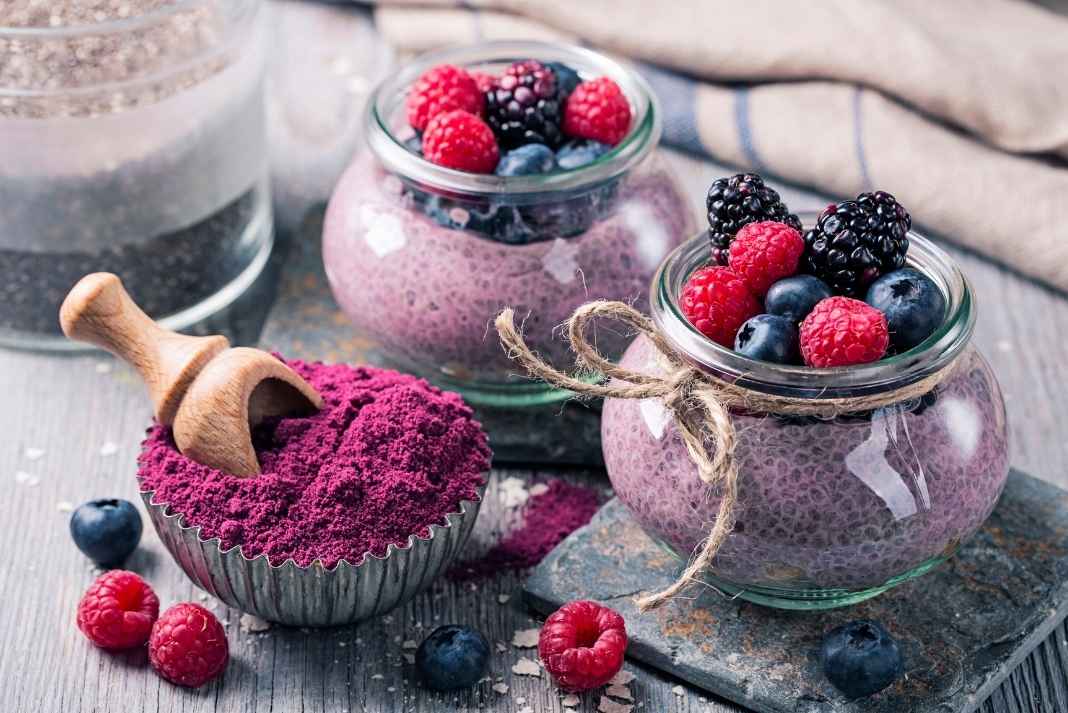 Only 10% of the açai berry is actually edible, the main reason for this is because it has a large stone which takes up most of the berry. It is a dark purple berry slightly smaller than a grape, açai is more communally mixed with ice cream, meal bars and also energy drinks. The açai berry requires rapid precessing after its late harvest.

The açai berry grows in the rain forests of the amazon in South America and is considered by some as being more than an organic fruit. These rain forests remain untouched by any sort of manufacturing, everything in this region is grown the way it was intended by nature and no mass production is add in any way.

Pronunciation of this fruit is “ah-sigh-ee”, açai, or euterpe oleracea (arecaceae) has been seen to excel in healthy attributes and greatly aids metabolism. It is highly promoted by Dr. Nicholas Perricone, a health guru and best-selling author, calling the açai a “superfood.”

It wasn’t until the turn of the millennium when the açai berry was discovered and it hails from the palm-berry tree. It usually grows in the amazon, the natives of this region cultivate the berry and have enjoying its health producing properties for many years now. Açai is usually consumed as a puree or in a smoothie or milk shake, this drink is more communally served on the Brazilian beaches and tropical resorts, although açai is an acquired taste, as it tastes mostly like a mix of blackberries with a hint of chocolate.

Açai is abundant in anthocyanin, a type of antioxidant that has been proven to combat cholesterol and free radicals, consuming açai has been proven to reduce blood related disorders and relax the blood vessels. It is also a great help in preventing atherosclerosis and is a powerful combatant of cancer. Red wine is healthy for you because of the anthocyanin content from the grapes. The Açai berry has over 30 times the anthocyanin than any grape.

Good For The Heart

Aside from anthocyanins, another benefit of the acai berry is an acid called oleic acid which is very good for the heart. Oleic acid also keeps a cancer-causing oncogene (this is found in many breast cancer patients) from acting up, Açai is also great for anyone who has any sort of digestive conditions.

Açai is good as a dietary supplement, it is very low in fat and cholesterol and yet high in fibre. These benefits are usually found in the skin, the açai skin contains nutrients such as phytosterols, vitamin C, E, manganese, chromium, copper, and even boron as well as a few others including calcium, açai contains more calcium even than milk.

In recent studies have been conducted and açai has other benefits other than the ones that have been mentioned in this article such ailments would include a variety of viruses and prostate problems. It also helps improve lipoprotein metabolism and reinforces your immune system. One of the less known attributes of açai is it is said to have very powerful aphrodisiac properties, because of its revitalising qualities. To produce this aphrodisiac, you need to mix the açai pulp with guarana another fruit grown in South America, although this is the most powerful combination the açai berry can be mixed with any fruit or mixture even milk or beer.

More Protein Than An Egg

Other benefits of this amazing berry include greater energy, stamina, digestion and mental stimulation. Drink açai in juice or smoothie form also helps you sleep better at night. Açai also includes more proteins than an egg white, it also serves as a revitalising agent supplying you with the energy of a speeding train, this is a good way to increase sex drive and performance.

What Should We Know About Safety?

National Center for Complementary and Integrative Health says the following:

Unfortunately the fresh açai berry can’t be found in any store in the United States and this is mainly because the fruit spoils very quickly, the only way that this berry can be bought is either a frozen, pureed, or freeze-dried form. In Brazil the athletes would take the berry as part of their daily diet and consider it a must for a healthy lifestyle.

Similar Hack:  Snoring is slowly killing you. Here's how to fix it

The açai berry is small and although you can find the nutrients that it has elsewhere the difference here is that açai crams all of them into a small space, this has been considered to be a premium way to undertake a good healthy lifestyle.